how to order your dragon

Remember I made a purple dragon for a softie swap five months ago? Well, I finally Facebooked the pictures the other week and one of my friends commented on it asking how much it would cost to make her one. After naming a price and assuring her it would mostly likely be a little different as I didn't use a pattern, she agreed and requested one in green. The little blighter is fully formed now, except for his firebreathing skills, and had his photo shoot today while taking his first flight. 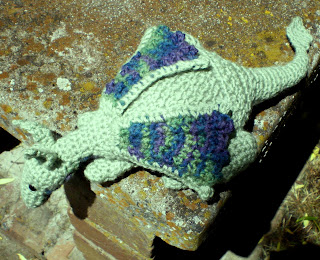 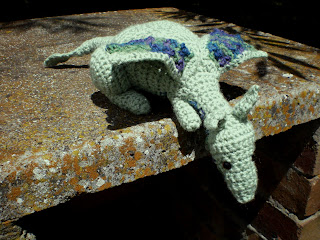 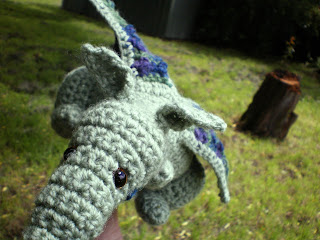