I wore my mittens when I was up visiting family in Sydney. Four year old Ezra said he really liked them and asked if I could make him some. I said I'd make some for his birthday the following month. Of course he chose green for his mittens. I made them from a tencel. Cheap but nice green yarn that was also soft. I'm sure it won't be long before he's grown out of them. As kids go... Mostly crocheted, just with knitted ribbing on the bottom to for stretchy wrist hugging. 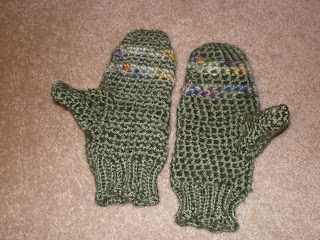 This is what I finally ended up with. It's really quite tricky making mittens without using a pattern to fit little hands that aren't here to try them on as I go. Thanks so much to the four year old I look after who tried them countless times as I crocheted, frogged, re-crocheted, repeat... as it goes... I finally got these done and posted. They look a little wonky but seem fine when they are on. Aparently they fit Ezra well and he loves them. He had trouble understanding why he wasn't allowed to go dig in the dirt while wearing them though. He he. 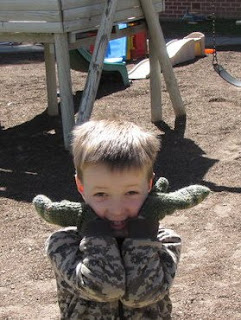 I had to drop by quickly and let you know one of my handmade items has been featured in an Artfire collection. Really because of colour but hey, it's still publicity. It's exciting too because it's my first time being featured anywhere. Check it out>> Rasberry Flavoured Collection
Posted by kelgell at 17:49 2 comments:

Just a quick note to anyone checking in... I won't be blogging much-if at all-in the next two weeks. I'm busy busy. My spare time is filled with sorting what's for my garage sale and what's to pack, packing, moving, garage sale and cleaning up good and proper and just to move across town. But I'll only be there for a matter of months before I head overseas. So both creating and posting is on the back burner until all this moving stuff is done and I'm settled in at my new residence. Catch ya on the other side!
Posted by kelgell at 19:10 No comments:

Here's a little experimentation. I decided to make myself another little bag and try a few modifications. I've been thinking about inverting the bottom but not game to do it on ones I want to sell. I went ahead and tried it on this one as I thought it would work pretty well since the fabric is covered with circles. And that part I think works well. I'm not sure about the other part though... 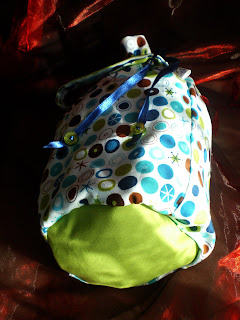 I also inverted the handle but I'm not sure it works as well. It just looks ... inside out. Like I made a mistake. Not too bad, just a bit odd. I also did a dark blue contrast ribbon and saw some nice green buttons sitting on my desk and decided to sew them on rather than do a knot. Just matches the fabric theme. What do you think? Should I make some more with inverted bottoms? Do you like the inverted handle too? I'd be very appreciative of your opinions. 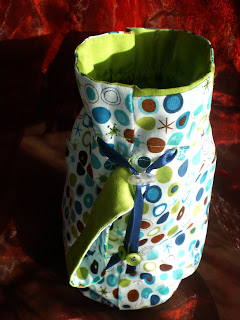