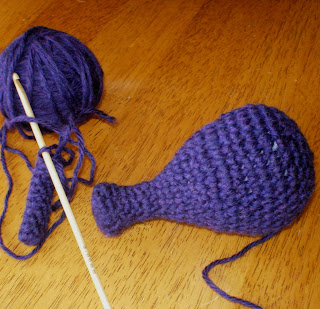 Started this new amigirumi this week. A little something special for a new little someone. :b Not telling what it is though. He he he. 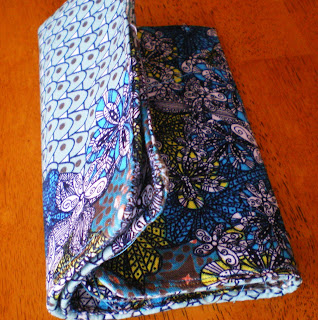 Started this one a couple of days ago. This one is going to be my new travel-friendly needle/hook case. Since getting some KnitPro circulars for Christmas I've discovered the awesomeness of them not only in use but also in transport. They'll fit in here alongside my crochet hooks which are also from the nice KnitPro selection. I'll show you this project in detail when it's done. I'm estimating it'll be finished by the end of the week.
I'm also working on another project I'll show you later. The pixie beanie is aside at the moment. I'm not sure it's currently turning out as I'd hoped. I'll get back to it later. Won't need it's warmth for a while yet.
Posted by kelgell at 10:43